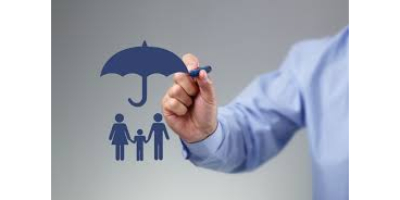 India’s Upper House passed the long-awaited Goods and Services Tax (GST) Bill last night with a unanimous vote. We see this as a landmark reform to unify India’s 1.3 billion people into one single market. GST will replace at least 17 state and central taxes, simplifying the current arcane tax structure with hundreds of exemptions and cascading tax-on-tax. While there remains a number of legislative hoops to jump through, such as ratifying the legislation with at least half of India’s states, the most crucial and difficult hurdle has been cleared. GST implementation is expected to take place starting April 2017.

“One India” – The most important benefit of GST is productivity

improvement in the medium term. The current tax regime is such that input credit for state taxes paid in one state cannot be claimed in another state, thus encourages fragmentation of production and logistics along state lines. Successful implementation of GST will take away the artificial tax advantage of goods produced within a state relative to those imported from other states. Firms will now be able to benefit more from economies of scale without being held back by subscale factories and warehouses. All in all, GST will lead to market

share gains for the organized sector with economies of scale, while the small-scale unorganized tax-evading sector gets marginalized.

Greater administrative efficience Companies will be able to enjoy greater ease of tax administration as multiple taxes will be replaced by one. For example, tax forms / challans / annexures needed to be filed out would come down from 441 to 18 after GST implementation. Greater tax compliance – India loses a material amount of tax revenue because of the ~400 exemptions under the current tax regime between the state and federal level. A simpler taxation structure with less exemptions leads to greater tax compliance. According to the Finance Minister, GST can boost economic growth by as much as percentage points.

From a sector perspective, GST will generally be positive for consumer goods sectors from lower taxes. On the other hand, the services sector will be negatively impacted by higher tax burden. (Note that the final GST tax rate has yet to be decided. The committee under the

Chief Economic Advisor recommends a standard rate of 17-18%. This is the assumed tax rate in our analyses.

Our Asia regional and India equity strategies are positioned well in regards to the GST winners and losers discussed above. India stands out in a world where demand growth is difficult to find. While the attractive demand-side story is well-known, India’s Achilles’

heel has always been supply-side bottlenecks due to various inefficiencies. The passage of the GST Bill is clearly an important milestone towards productivity improvement to realize India’s potential. Together with other improvements we are witnessing on the ground, such as infrastructure rollout, financial inclusion, state electricity board reforms and bankruptcy code, India stands out as one of the best equity stories globally.