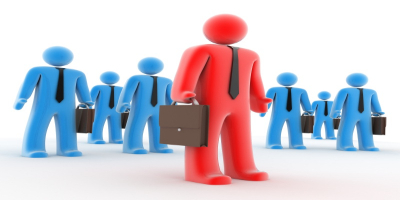 India’s port framework – a basic asset for the nation’s thriving – has so far neglected to achieve its potential. Will the new government’s strategies bring a turnaround?

Communism is characterized as a ‘social association that backers that the methods for generation are possessed and controlled by the network overall ‘. The Constitution of India’s Preamble expresses that India is a ‘Communist’ Republic. Reliable with this idea, one had sought that a basic asset after India’s success, its ports and coastline, would be used productively, under the tight control of the State, for the financial thriving of the general population. The experience, sadly, indicates something else. The Major Port Trusts Act, 1963 (MPTA) was instituted by Parliament to guarantee that the ‘Significant Ports’ of India would be claimed, worked and controlled by the Central Government under the sponsorship of a communist state. MPTA manages the working of 12 ‘noteworthy’ ports in India and puts them under the control and specialist of the Central Government. The significant ports are successfully constituted as ‘trusts’, which are intended to be for the advantage of the general population everywhere as they are thought to be basic framework for use by the network. Throughout the years, notwithstanding, lack of concern has set in and the trusts have not been dealing with the ports all around ok.

With set levies and absence of rivalry, the real ports did not center around gainfulness and throughput. There was no market impetus to perform better. The ‘Turnaround Time’ for ports in India is a normal of three days contrasted with multi day in Singapore. This is in spite of the way that an ‘industrialist’ Singapore had its ports worked by a mix of private and open area terminal administrators, the biggest among which is PSA Corporation (claimed by the Singapore government). By the 1990s, when India began opening up to the world, plainly India’s ports were woefully caught off guard for the surge of activity travelled their direction.

The Government of India, which is normally reluctant to welcome private outside venture, did as such in 1997 when Nhava Sheva International Container Terminal (NSICT) was set up inside the Jawaharlal Nehru Port Trust (JNPT) in an open private association (PPP) with P&O Ports, Australia. Right now, the terminal is worked by Dubai Ports World, which acquired it after it obtained P&O in 2006.

The welcome of remote private venture to ‘communist’ India’s ports might be long past due. Be that as it may, just welcoming venture is deficient if the financial specialists’ don’t have the expected independence to direct business. As expressed before, significant ports in India have their levies set for them through the Tariff Authority for Major Ports (TAMP). Pack controls and sets the duty for 11 of the 12 noteworthy ports in India (notwithstanding Ennore Port, which is an ‘organization’ and not a trust). Pack was presented as a change in the MPTA in 1997 and was expected to decrease the weight on the Central Government to occasionally choose the taxes for the real ports. Pack sets its costs on a ‘cost-in addition to’s premise and, strangely, this used to rebuff terminal administrators for expanded effectiveness for performing above surveyed throughput levels.

Private terminal administrators at the significant ports view the nearness of TAMP as an irritation as it doesn’t enable them to set duties in view of market rates. The related loss of income and coming about absence of venture have prompt significant ports missing out to other unclassified ports (‘minor ports’) in piece of the overall industry. In the 1990s, the minor ports had a piece of the overall industry of under 20 for every penny. Presently, with change in the framework at the minor ports attributable to levy adaptability, their piece of the pie has moved toward the 50 for each penny check. India’s biggest port via freight throughput isn’t Kandla Port Trust (set up in the 1950s) yet Mundra Port, a private ‘minor port’ claimed and worked by the Adani Group that was set up just in 1998.

The counterfeit isolation of major and minor ports by the administration has just left national resources wastefully used.