Key sectors for FDI in India: telecom and power and oil and gas

HomeBlogInfrastructureKey sectors for FDI in India: telecom and power and oil and gas 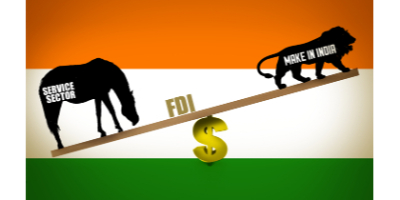 Key sectors for FDI in India: telecom and power and oil and gas

India is the fifth largest telecommunications services market in the world, growing at an annual rate of 25 percent for the past five years and having just overtaken China as the world’s fastest growing market. India now also permits 100 percent foreign investment in telecommunications equipment manufacturing.

According to the Ministry of Information Technology and Communications, India possesses favourable demographics and socioeconomic factors leading to high growth in telecommunications. These include:

Growth of disposable income combined with changes in lifestyle;

Telecoms services for voice and data via a range of technologies; and

Applications and content development ranging from gaming to education.

Nine million phones are being added every month in India, outpacing China’s monthly rate of increase (below 8 million a month).

Manufacturing of equipment and components;

Exports of telecommunications equipment and services;

Setting up a national long distance bandwidth capacity in the country;

FDI ceiling in telecommunications services has been raised to 74 percent;  and

Introduction of a unified access licensing regime for telecommunications across India.

Vodafone Essar will invest US$6 billion over the next three years in a bid to increase its mobile subscriber base from 40 million at present to over 100 million; and

Sistema Shyam TeleServices Ltd (SSTL), a joint venture between Russia-based telecoms major Sistema and Shyam Group in India, is planning to invest US$5.5 billion by 2015.

India needed an additional 100,000 megawatts of power in 2012. India, however, currently has a peak deficit of 18 percent and an overall deficit of 9 percent. While India possesses the fifth largest electricity generation capacity in the world, it has low per capita consumption at just 606 units – less than half of China’s consumption per head.

According to the Ministry of Power, the total installed capacity in India is calculated to be 145,554.97 megawatts. They also state that India has:

The fifth largest electricity generation capacity in the world with low per capita consumption at 606 units;

A transmission and distribution network of 5.7 million circuit kilometres; and

The State Electricity Regulatory Commission has said that India possesses a vast opportunity to grow in the field of power generation, transmission and distribution. The country’s target of over 150,000 megawatts of hydroelectric power generation has not yet been achieved however, as huge capital investments are required to meet this target. This has resulted in numerous power generation, transmission and distribution multinationals establishing operations in the country under the public-private partnership (PPP) program.

The power sector is still experiencing a large demand-supply gap, and this has called for an effective consideration of strategic initiatives. As a result, there are strong opportunities in transmission network ventures in India – an additional 60,000 circuit kilometres of transmission network is expected to be completed within the next few years with a total investment opportunity of about US$200 billion.

According to the Ministry of Power, the implementation of key reforms is likely to foster growth in all segments as follows:

Coal based plants at pithead or coastal locations (imported coal);

Natural gas/CNG based turbines transparency or near gas terminals;

Hydroelectric power, with 150,000 MW of untapped potential as assessed by the government of India; and

Allowing foreign equity participation of up to 100 percent in the power sector under the automatic route;

Encouraging the private sector to set up coal, gas or liquid-based thermal projects, hydroelectric projects and wind or solar projects of any size;

Deregulation of the ancillary sectors such as coal;

Introduction of the Electricity Act and national electricity and tariff policies;

Provision of income tax holiday for a block of 10 years in the first 15 years of operation and waiver of capital goods’ import duties on mega power projects (above 1,000 MW generation capacity); and

Unbundling of the state electricity boards into generation, transmission and distribution companies for better transparency.

Initiatives the government has introduced to facilitate foreign investment in the sector under the automatic route:

Distribution circles to be privatized; and

Generation and distribution power projects of any type and size are allowed;

The Electricity Act of 2003 allows trading in power and provides for further deregulation;

A renewable license period of 30 years;

Return on equity up to 16 percent is assured at 68.5 percent PLF for thermal power plants. Similar incentives are provided for hydroelectric power projects;

Import duty at the concessional rate of 20 percent has been set for import of equipment; and

The government allows a five-year tax holiday for power generating projects with an additional five years in which a deduction of 30 percent taxable profits is allowed.

Constitutes over 15 percent of India’s GDP

The government is considering a series of tax holidays, including a seven-year tax break, to assist with the development of exploration in its oil & gas sector to lessen its dependence on imports

The Investment Commission of India states that total opportunity in the oil & gas sector reached US$35-40 billion in 2012.

Use of improved technology;

Setting up oil and gas courses at universities and training institutes; and

Allowing 100 percent FDI in private refineries through the automatic route and 26 percent in government-owned refineries; and

BG Energy Holdings will set up three wholly owned subsidiaries in Andhra Pradesh, Karnataka and Tamil Nadu with around US$28 million investment in each for setting up gas distribution and transmission infrastructure over the next several years.

Dezan Shira & Associates is a specialist foreign direct investment practice, providing corporate establishment, business advisory, tax advisory and compliance, accounting, payroll, due diligence and financial review services to multinationals investing in emerging Asia. Since its establishment in 1992, the firm has grown into one of Asia’s most versatile full-service consultancies with operational offices across China, Hong Kong, India, Singapore and Vietnam as well as liaison offices in Italy and the United States.